A welcome new sentence added to my in my life

My younger brother Graeme, also a Cholangiocarcinoma Warrior
Graeme Holmes RIP 2014 – Graeme you always had such canny luck, but it left you when you most needed it – I think it found me.

Hi all its Steve Holmes here, this is my latest update on “My Walk with Cholangio the Beast”
Somehow I have evolved into an “Immuno Warrior” along the way, matching it stride for stride with the Beast of all Beasts “Cholangio”!
I have achieved what was the stuff of dreams just over 12 months ago, when it was my time (or turn) to pass over. Over the past 12 months,  I become acutely aware of just how lucky I am to be here today – fit and healthy once again. I think I may now be an “Immuno Warrior” or Crusader ! My second chance at life is fully committed to build a specialised Cholangiocarcinoma resource that will to help many many more and then all Cholangio Warriors join my club – a bigger club of Cholangio immuno Warriors.

I have just had my one year scan result consultation. “Persistent Complete Remission”

July 2017 I had no other options left, I had weeks, not months to live – every breath was a challenge.
My Oncologist just happened to be the head Oncologist for the Keytruda trial – Keynote trial 158, and I fitted the trial criteria.

A few sentences of letters and numbers on my biopsy results
“Absence of MLH1 & PMS2 Proteins which contribute to “dMMR” (Deficient Miss Match Repair) and MSI-High (Microsatellite Instability -High) To further lean on simplicity this means my cancer cells have  higher than normal amount of PDL1 proteins.
Explanation
PD-1 and PD-L1 are types of proteins found on cells in your body. PD‑1 protein is found on immune cells called T cells. It normally acts as a type of “off switch” that helps keep the T cells from attacking other cells in the body. PD-1 attaches to PD‑L1, a protein found on some normal (and cancer) cells. This interaction basically tells the T cell to leave the other cell alone and not attack it. Some cancer cells have large amounts of PD‑L1, which helps them hide from immune attack.
Therapies that target either PD-1 or PD-L1 can stop them from attaching and help keep cancer cells from hiding.

I met and signed onto the trial. There were many people in the room that morning seemingly swarming over me with avalanches of dire info about my survival. We were there to prepare, discuss, learn and sign onto the trial. This was such a scary and sombre experience, I felt like a little kid crouched down in the corner of the headmasters office. So many people, paper work and terminologies that just froze me over with fear.

Most of the dialogue revolved around the words of no promises, no assurances and its “A Slim Chance at best.”
My Oncologist Matt was the exception as he had warmly expressed his confidence at an earlier meeting.

9 month target of total cessation of tumour growth and positive signs of reduction
2 years Cancer free
Why didn’t they just tell me this bit at the beginning?

Fast forward 9 weeks and I am now sitting in front of Dr Matthew Burge to receive my first trial scan results. Firstly Matt rolled up the pre trial scans highlighting the significant spontaneous and aggressive breakout across the top of my liver and thus the reason for my breathing difficulty, the scan also revealed the multiple nodules across my lungs. This was really for the benefit of my wife Claire who had not previously seen theses images, seeing these images only increased our anxiety. Matt then rolled up todays scan results – NO TUMOURS!
Scan One recorded a total and “Complete Response.” Stunned is the only way I can described this experience, it was beyond our wildest expectations – was this real, did that really just happen?

I am so so lucky but somehow I had trouble synching it all into place with my brain. I think it was because I had been so conditioned into the continual flow of bad news. I had developed an automatic brace or chase mode to protect myself, but now everything had just been flipped on it’s head – I no longer had to brace for bad news or chase a slightly better result – the cancer had gone – I now had to defend this result.

Now this is all beginning to sound a lot like self sabotage! – Shit Steve just drink champagne, party all night and don’t look back, you’ve escaped the grip of a deadly monster . . .  run with it, don’t look back and do not over think this victory!
But I began to feel a lot like Charlie, I felt like I had won Willy Wonka’s magic ticket, the most amazing thing, but with it came the realisation of not being able to take everyone else with me. Waves of guilt began to flush through me, my eyes welled and I began to cry – it came from nowhere and it was happening often. I needed to file this somewhere that fitted, but I was not sure how. 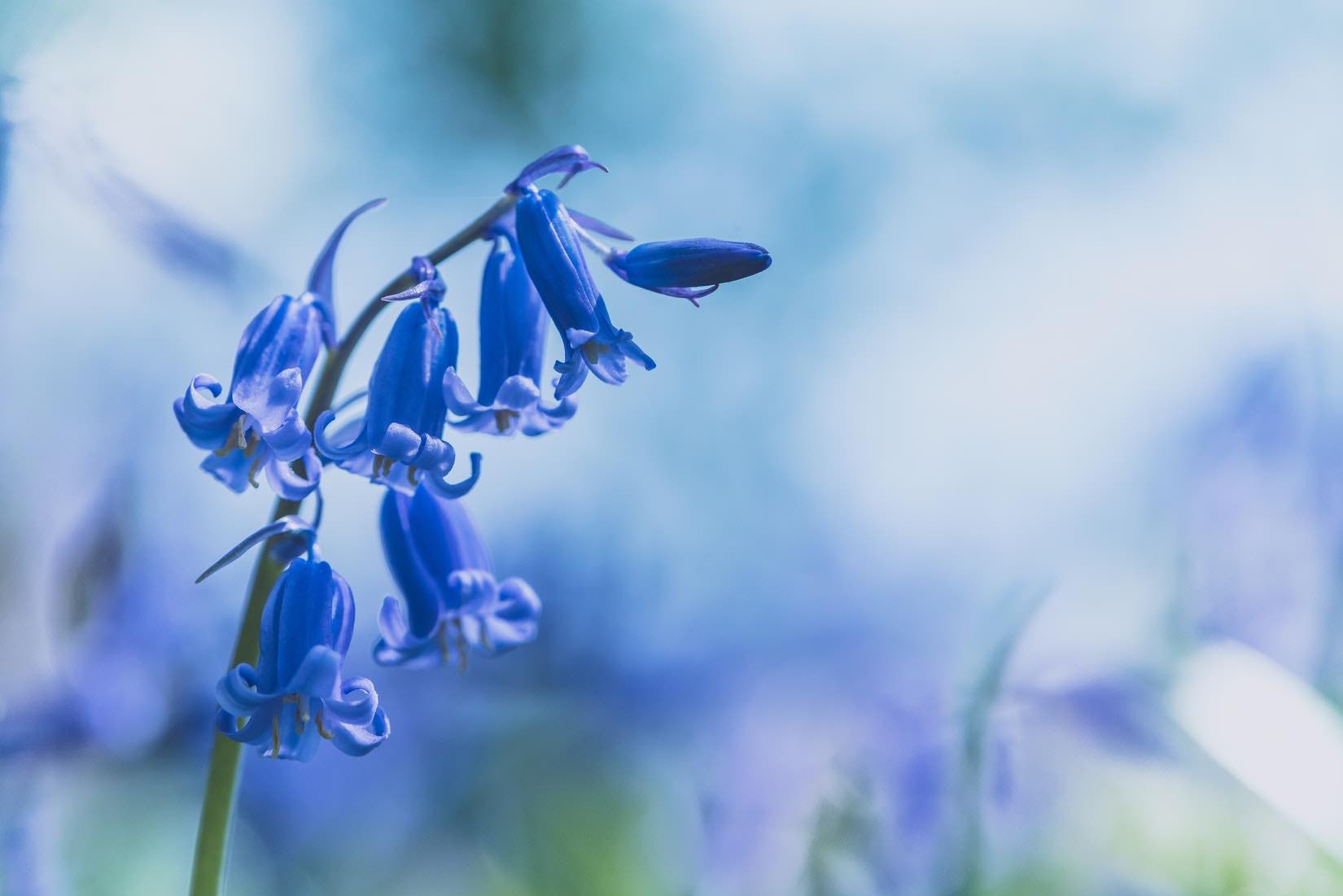 I am learning how to file all the events of the past 2 years in a way that reflects respect to all those who so unselfishly invested in my recovery. I also want to add light, warmth and hope to all those people like me, who have been touched by Cholangiocarcinoma – to those people that I have met, people that I would never have met if not for this monster – some have passed, which is also very difficult to accept, but all have taught me lessons I did not know I needed to learn, all have shared their inner most precious selves – Humbling, Uplifting, Inspirational.

There is no manual in moving forward, but there is a strong purpose born out of this respect, which is a great starting point. I am doing everything one thing at a time, which is so unlike me, but it is working.

I feel as if I have been raped and I cannot be un-raped. I cannot un-see and I cannot un-hear, but what I can do is “Rise Up and take my Next Step toward – I have the Willingness.”

I have changed a lot, but I am not always certain how, some days the clarity is enormous while others have me confused. From all this I have learnt that it’s not about how strong or how smart, but it has always been about how “Willing” I am – “Willingness” has no Judgement, rules or conditions, it is just like a pure natural spring within me, all I have to do is let it come to the surface.

As some well know I have my own little purposeful saying to give me control when it seems there is none left
“Steve be a little unrealistic often, it feeds your dreams and creates your visions, it gives you purpose and gives you life beyond today’s realities.

Trying to convince people just how deadly Cholangiocarcinoma is – to most if they have never heard of it, then it cant be all that bad, and a common bit of advice given to me “anyone of us could get run over by a bus tomorrow”

People often ask me how I am, but I have finally realised they don’t really want to know – its just the polite thing to say.
My evolved response is;  “Thanks for asking! (ie I give no answer) You look busy, I don’t know how you do what you do etc”
I find that if I can quickly move the conversation onto them, then I have control and the conversation is far more productive and I walk away with a sense of achievement and healthy strength.

Although I have been the patient and focus of so much attention for so long now, I have also learned what I really needed from friends and family. “Just be there for me, do not try and solve or cure my cancer, do not pity me, or compare me – just BE THERE.

I absolutely hate that feeling of being treated with polite pity as if I am a weakened damaged human being – culled from the herd.

A lot Lost along the way

An Aneurysm event of the Main Hepatic Artery that supplies 30% of the liver’s blood supply.  This is as close as it gets  –  a significant Life and death emergency to within seconds of my survival. So much luck had to occur and combine for my survival – it does seem that a “Canny bit of luck was sitting on my shoulder. – Total Surgery time – cannot remember – A lot of very talented and committed Surgeons, Doctors and Nurses pulled me through.

During the Aneurysm Emergency I did experience those moments of passing over and moving back, and I remember this with vivd clarity – it was painless and calming.

So many changes, yet I am still me, so that has to be a huge win! 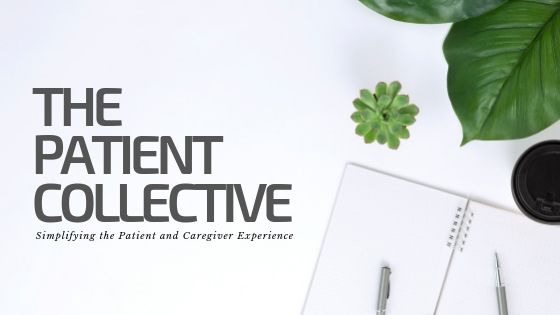 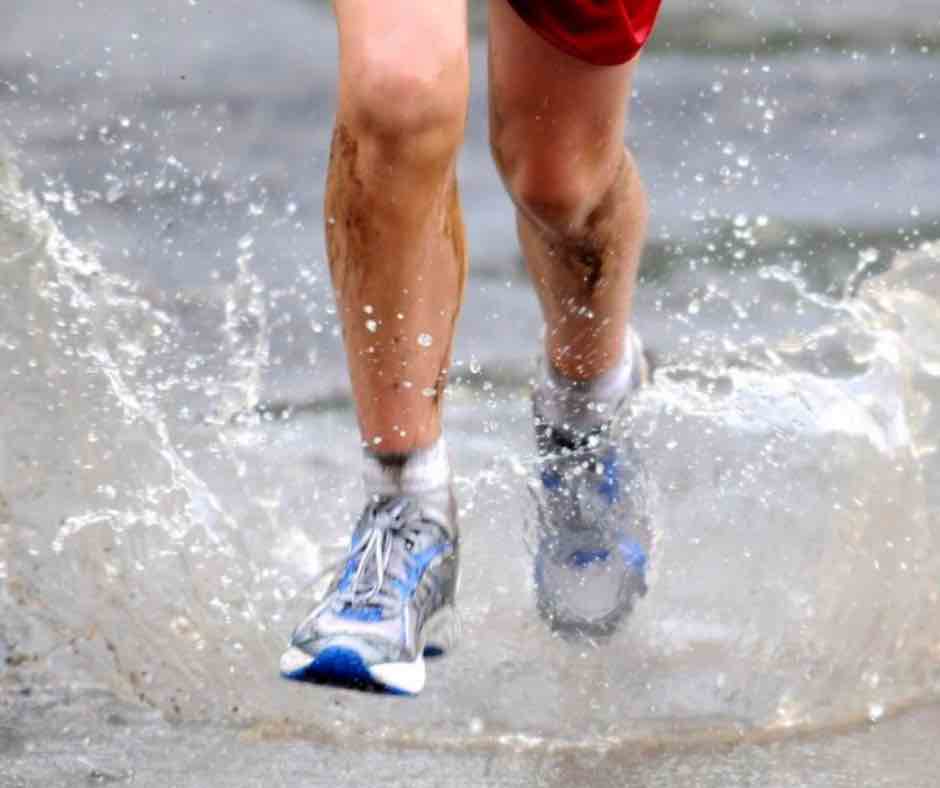 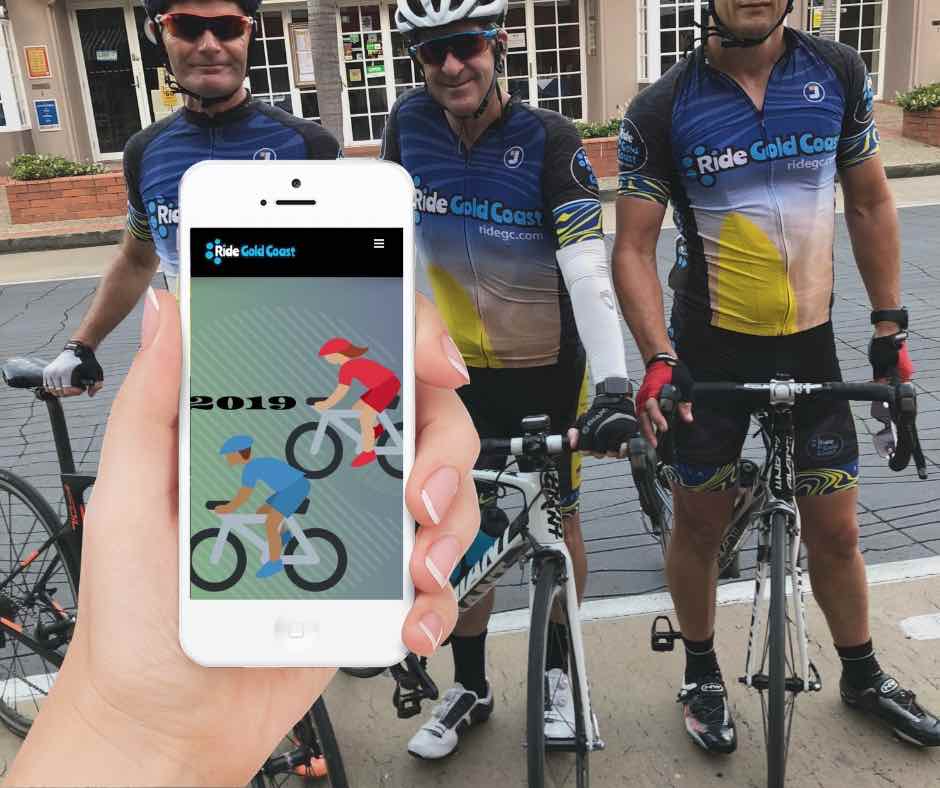 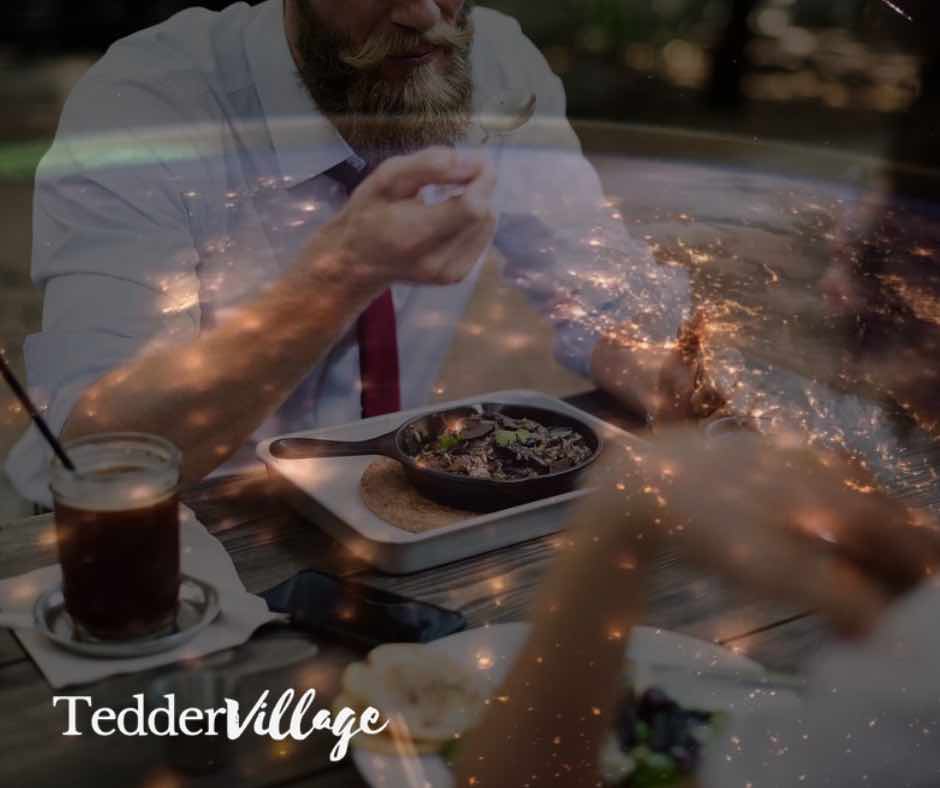 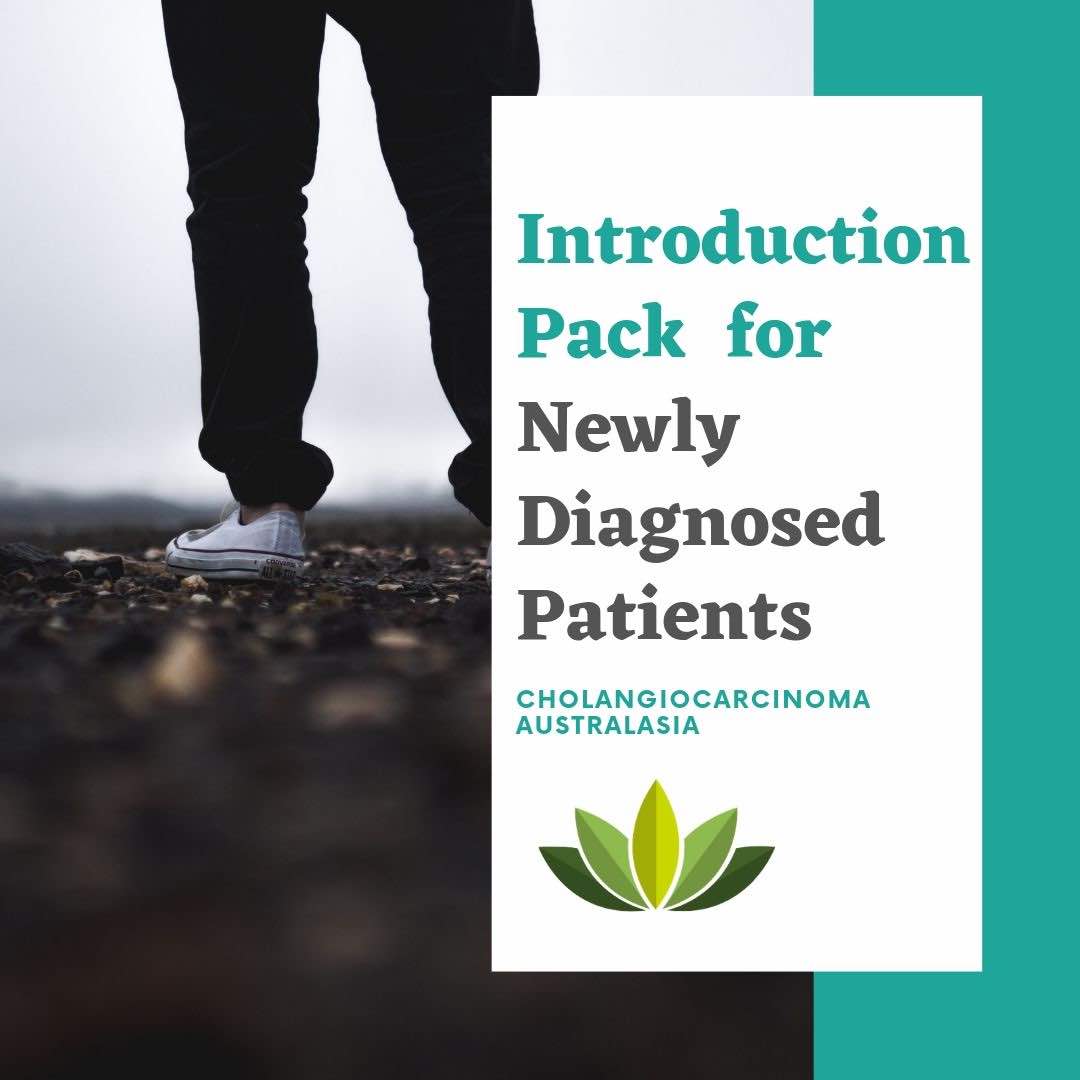 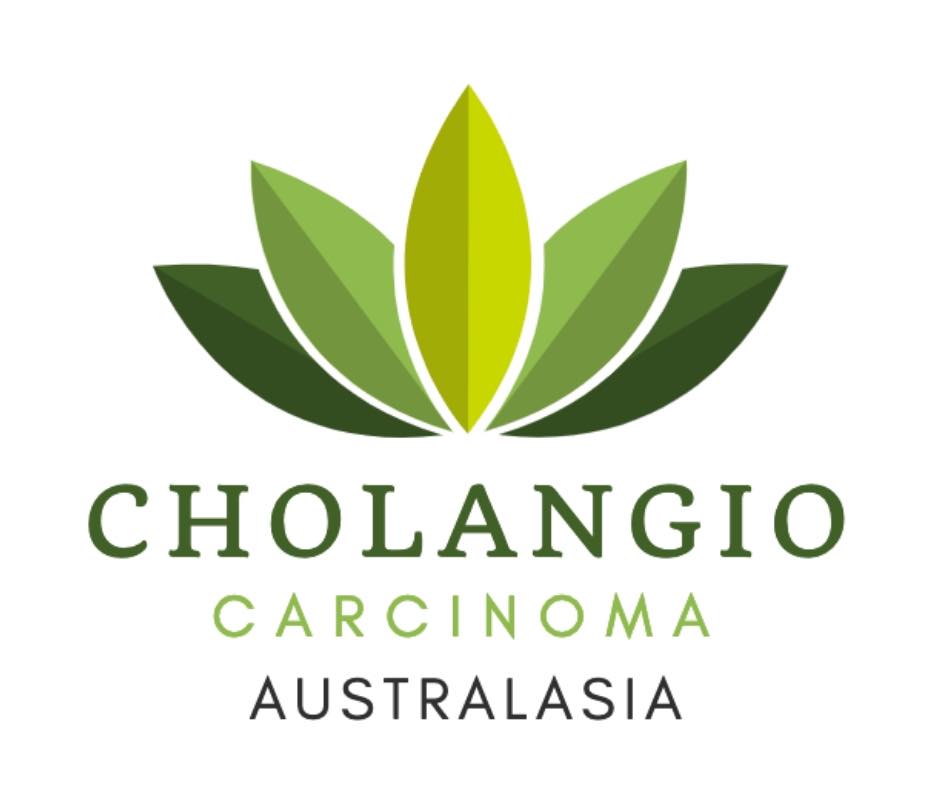 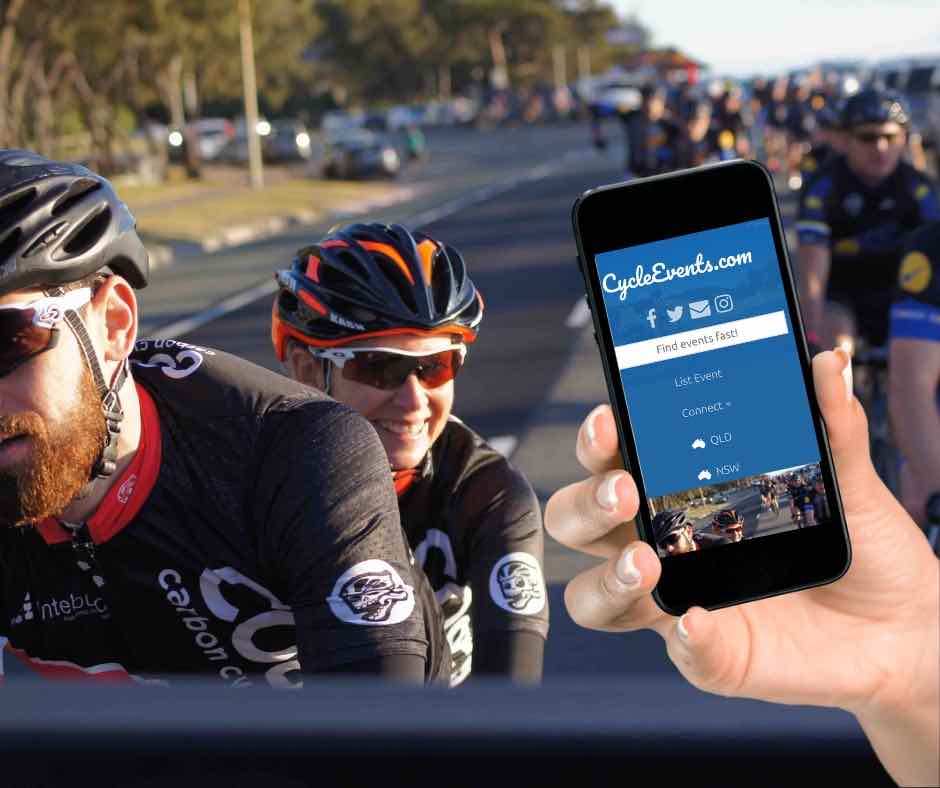 It's more than worth the effort

Just imagine if we could all in unison think beyond ourselves, beyond the overly realistic present moment, then just imagine if we pulled this all to a centre - WOW now that would be powerful.

To those CC Warriors that look up to us who remain, I promise you that the respect we extend to you and your family will not just be words that comfort, but words that craft out a pathway to victory to honor your families loss. Something for your families to engage and celebrate your contribution.

When it comes to caregivers and daughters - Paige Jacka stands so so tall ... Paige Jacka is with Ingrid Jacka. April 13 at 5:18 PM · Sweet dreams mumma.. you were absolutely one of a kind and I will cherish you forever. Thankyou so much for everything you’ve done for me, and for the constant battle you’ve endured to allow us this extra time with you that I’ll be forever grateful for. I would do this a million times over just to have you as my mum but I wish you never had to go through any of it in the first place.. it’s not fair and I’m so fucking mad at this disgusting disease, but words could never describe how proud I am of you. I wouldn’t be half the person I am today without you. This isn’t goodbye, this is just I will see you again one day and I will miss you so so much and the many laughs, cuddles and tears we shared.. I love you more than you could ever imagine.. I hope it is as beautiful up there as you. ❤️ Rest In Peace to the best friend and mumma a girl could have xxx 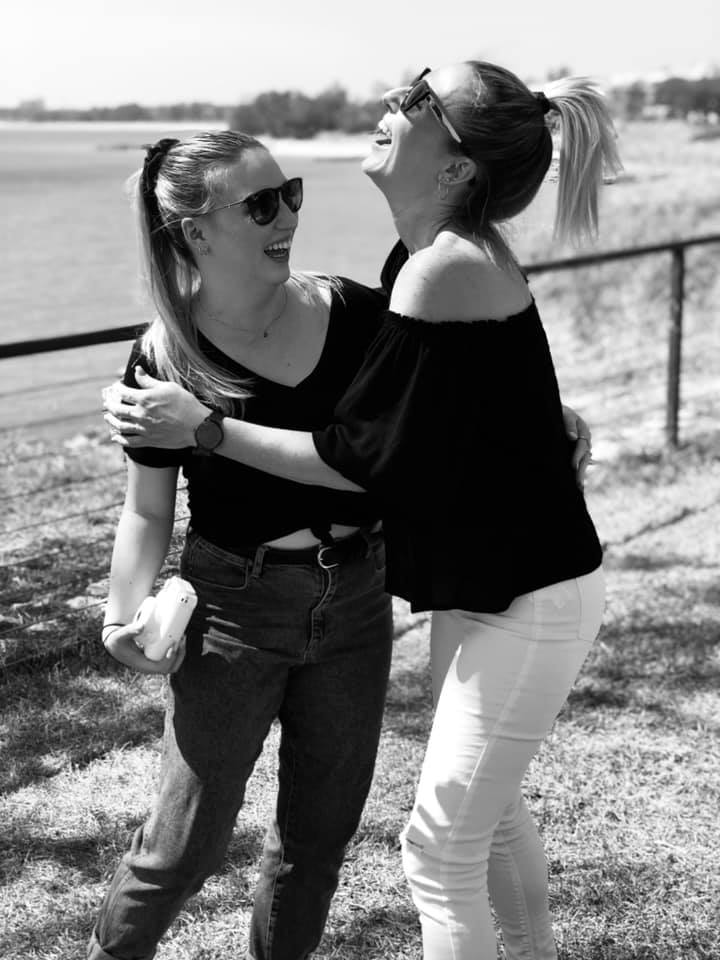